As 2017 sadly begins to wind down and near its completion, we look back at what was so far a mix of really strong additions and some not-so strong additions from The Walt Disney Company, but overall it has been quite an exciting year so far. Luckily though, this year is not quite over yet, and even though we’re in the final stretch of 2017, there’s still quite a lot to look forward to. Today, we look at some of the most exciting things coming from Disney this fall, and until the end of 2017.

Earlier this year, Disney Animation announced that the twenty-two minute Frozen television holiday special will not be airing on ABC Television as originally planned. Instead, WDAS will debut the film attached to Pixar’s Coco, which opens on November 23rd. Of course, were very excited to see this special, but it is baffling that Disney would debut a twenty-two-minute feature before a film that’s an additional hour and a half or so. The worst offender is that Coco will be the first Pixar film not to feature a Pixar short. However, this shouldn’t take away from the excitement that surrounds this upcoming Frozen special, and we’re excited to see it nonetheless.

Once Olaf’s Frozen Adventure finally finished, you may have forgotten that there’s an entire movie attached to it. That film, of course, is Disney-Pixar’s Coco, which is a brand-new Pixar original film, helmed by director Lee Unkrich, who previously directed Toy Story 3. Unkrich’s Coco is the studio’s first original film since The Good Dinosaur and is the last until 2020, so there’s a lot of excitement riding on this film, and we can’t wait to see what Unkrich and the entire Pixar team have worked up this time.

While Thor’s third installment certainly looks odd, it certainly looks like a fun ride and an exciting experiment for the character. It’s beautiful colorful visuals, quirky off-beat humor and a great cast of characters have us excited to see where Disney will be able to take this underused franchise next. 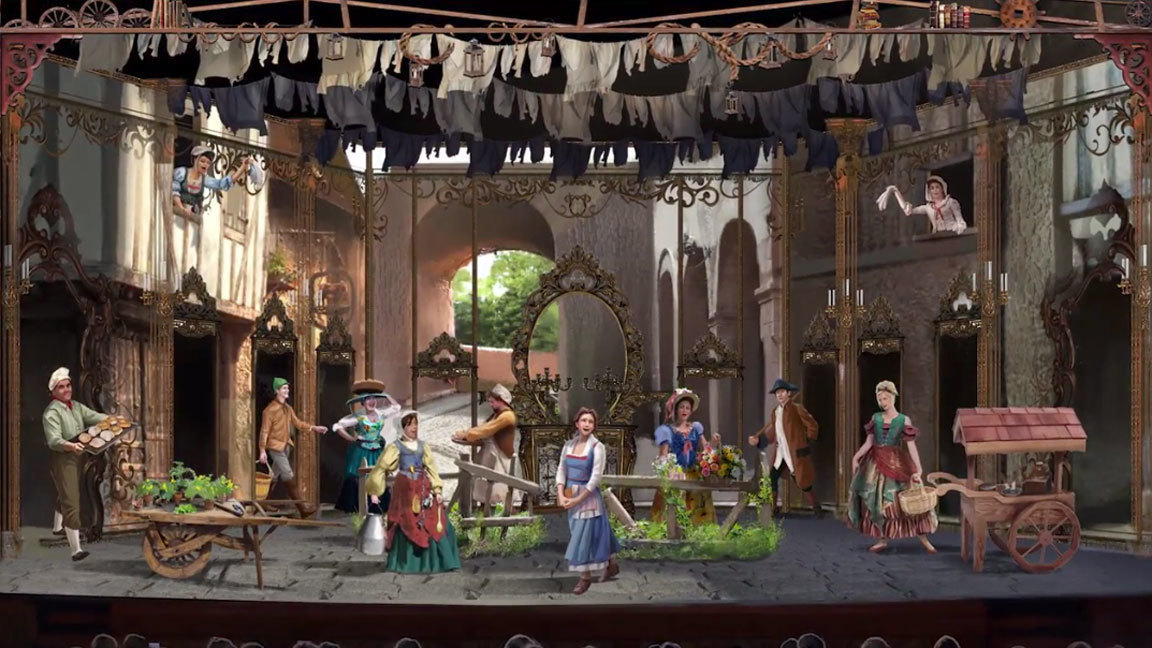 Beauty and the Beast Debuts on the Disney Dream:

The Disney Cruise Line will be debuting an exciting show based on Beauty and the Beast in November on their Disney Dream sailings. This new live show will blend all three Disney versions, including the Broadway iteration, the classic 1991 animated film, and the 2017 remake into one show. It certainly sounds quite ambitious and we’re excited to see where this idea takes them.

Walt Disney Animation Studios’ Big Hero 6 was such a massive delight, and it’s so thrilling to see Disney finally expand their use of the characters. The Big Hero 6 team will reassemble for a brand new animated series on Disney XD beginning sometime this November. We don’t know much yet, but we’ve been given many images and teasers to keep us excited until it does finally hit.

Of course, we could not forget about the most anticipated event of the year, the second installment of the newest Star Wars trilogy, The Last Jedi. Who is/are the last Jedi? What does that mean for our heroes? Are the Porgs essentially the new Ewoks, in which we enjoy it now, but then develop a distaste later on? All those questions and more will be answered when this hugely epic movie hits theaters December 16th.

What Disney production are you most looking in the remainder of 2017?