Mitchell Stein- As we prepare to close 2013 and now look ahead to 2014, instead of taking a look back at the year that was 2013 like most Disney fan sites are doing, we decided to go the other way and look ahead to what we’re most looking forward to and hoping for in the coming year in no particular order at all.

The Muppets (2011) was awesome. It had great humor, story and some really touching scenes that brought the Muppets back together after a long 12-year hiatus with a brand new movie that completely re-launched the franchise. It only made sense that another (and many more!) Muppet movie should be produced, and Disney jumped right on that only four months after the last one came out.
Now that there are posters and trailers and all, we know this movie is going to be incredible, and maybe even better than the first one. Plus, our site’s co-runner Ryan attended a filming for the movie which he said was incredible, and guaranteed this movie will be awesome, and that’s all he’ll tell us.
If you’ve been behind on news, we’ve been talking about it like crazy on our sister site The Muppet Mindset. Check it out here!

Phineas and Ferb Star Wars Special:
While the Marvel/Phineas and Ferb special could’ve been better, I have high hopes for this one. It should be fun, exciting and maybe even take a look at Star Wars Episode 7, coming out in the far, far away date of December 2015.

More ARGs from Disney:
This summer Disney launched the greatest thing ever. They called it The Optimist.

The Optimist was an ‘alternate reality game’ (or ARG for short) that took Disney fans on adventures through the actual Disney park and online world and uncovering many Disney secrets and visiting other legendary locations in promotion for their upcoming movie, Tomorrowland. Tomorrowland’s release date has been pushed off to May 2015, but writer Damon Lindelof promised Optimists that more ARGs would be coming before the movie’s release.
The Optimist was not only a lot of fun, but it created many friendships and spawned a fantastic close-knit community of fans. I hope more ARGs will be made in the future, whether connected to The Optimist or not, it was a lot of fun.
(Visit the official main website: http://optimist.disney.com/ and read some more about it: http://www.wired.com/magazine/2013/07/disney-the-optimist-arg/)
Guardians of The Galaxy:

Another Marvel movie, but this will mark the first time to make a superhero film not related to The Avengers since being bought out by Disney. It’s a little unclear as to what the movie will be about, or if it will have any connection/reference to The Avengers. But, it is the last Marvel movie until The Avengers: Days of Ultron in May 2015. It opens on August 1st, 2014.
More Roger Rabbit Appearances:

The last stage in the New Fantasyland expansion will finally open this upcoming year, and being placed half in the spot of it’s preceding ride Snow White’s Scary Adventures. It looks like it’s a super fun ride, so we’re super excited.
Star Wars Rebels: 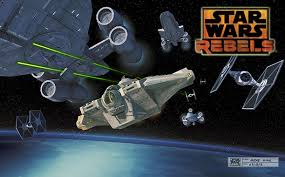 Another attempt at a Star Wars TV show. After The Clone Wars ended earlier this year, Disney/Lucasfilm is producing another series, this time based on the timeline in-between Episode 3-4 as the Sith hunts down the final living Jedi in the world. It sounds like a much darker, less kid-friendly and more intense series. You had us at ‘Star Wars’.

Looks like Disney is continuing in their fairy-tale reboots since the success of Once Upon a Time on ABC, but this movie looks somewhat different. This story is actually based off the 1987 Tony Award winning Broadway musical of the same name.
The film centers on a baker and his wife’s quest to break a witch’s curse in order to start a family.
On the way, they encounter many fairy-tale characters including Red Riding Hood, the Big Bad Wolf, Rapunzel, Cinderella, and many more.

If there’s anything I mock Disney for, it’s for their current Disney Channel shows. Some of them are bland and un-enjoyable, especially compared to what Disney Channel and Disney Afternoon would produce years ago.
I’m excited for Fish Hooks, A.N.T. Farm and Good Luck Charlie to air their series finales. I’m starting to get tired of all three of them. I don’t know if there’s a big fan-base for these things, but I personally just can’t stand them anymore. Hopefully we can start getting some better shows on the channel, it’s too bad Tron: Uprising didn’t work out.

Big Hero 6:
The next animated feature from Disney is a Marvel crossover, but not technically a Marvel film. It will focus on a group of six heroes protecting a fictional city of San Fransyoko (a mix of San Francisco and Tokyo). It looks like lots of fun is to be had around.

That’s it folks! Have a Happy New Year!